Who is Hizi-Hizi Belly Dance?

What seemed to happen organically out of love and passion for Dance, Tarryn, who was already a professional performer, started teaching belly dancing due to demand. In teaching Tarryn saw talent and potential in her students and pushed them to grow into professional dancers to perform alongside her. The vision grew and the group was officially formed by Tarryn in 2010 under the name of “Hizi-Hizi Belly Dance”.

A natural progression saw many dancers come and go through the years with a core group remaining. It also saw Julia grow into one of Hizi-Hizi Belly Dance teacher’s alongside Tarryn.

The words “Hizzi Hizzi means to “Shimmy Shimmy” in Arabic, which is one of the core movements in Belly Dancing. The professional group currently consists of Tarryn Rego, Julia Scafidas, Melissa Joubert, Roxanne Mather, Cassidy Mansour, Carina Mcleod, Nicolette Lau, Gaby da Silva and Thalia Campos, who all have been training with Tarryn and Julia for several years. 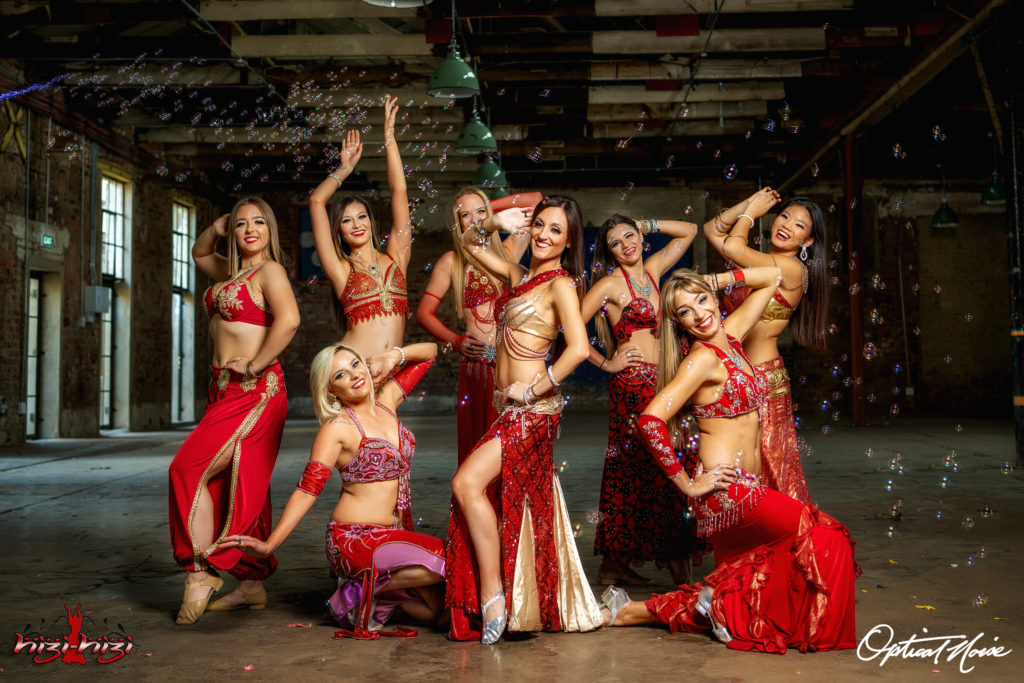 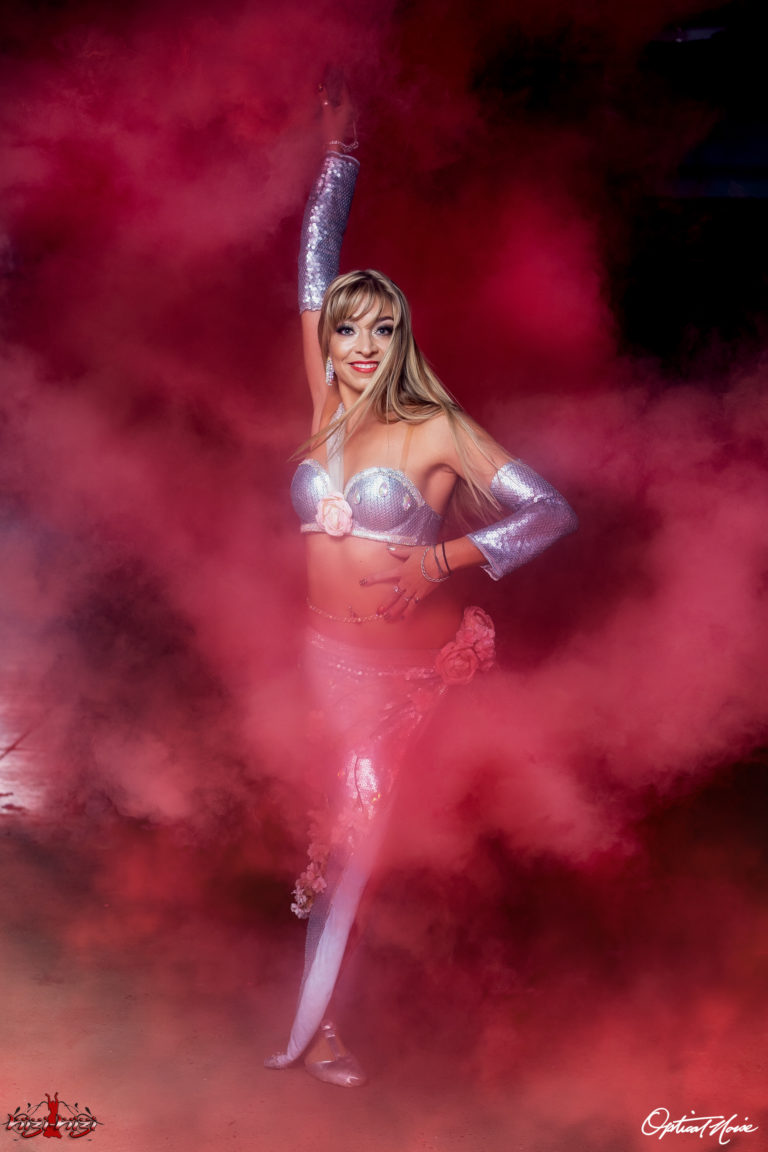 Performer, Teacher, and Choreographer Tarryn Rego is the founding member of Hizi-Hizi Belly Dance Company. She formed the group, grown it into the beautiful form it is today and has driven the groups numerous achievements. Tarryn had first started dancing at the age of 4, Dance forms including Tap, Modern, Latin, Freestyle, Flamenco, Hip hop, Greek, Hula and Belly Dancing & Tribal Fusion Dancing. Tarryn has been a professional Belly dancer since 1999, becoming internationally renowned, having the pleasure of performing for various people, of different races, cultures, ages, financial well-being’s, and social hierarchies and performing for various high profile clients including embassies, diplomats, Saudi royalty, and top corporate companies.

Tarryn formed part of the team winning SA’s Performing Arts Championships in 2000. Tarryn was crowned first princess in the “Drum Solo Queen” Competition, PTA 2014. Tarryn also featured as one of the cast members on BellyDance Evolution‘s World Tour of “Alice in Wonderland” for their Johannesburg Show in 2015, and part the 1st cast of Nova Nouveau’s 2018 “Happily Never After” JHB’s show. She also was a judge for Miss Belly Dance South Africa in 2017. Tarryn has also have numerous media appearances including talking the benefits of Belly Dance on 5fm “Thabooty Drive” afternoon drive show in 2019; Several TV performances in SA, Portugal and Montenegro over the years; and the dancer in singer Jo Black’s music video “Bitter” in 2019. Tarryn is a qualified DanceCor Associate 1 level Tap dance teacher, and currently training to Qualify in Modern Dance Associate Level 1. She has also completed up to Level 3 of the Sandra Method Classical Egyptian Oriental Dance Instructor’s Training in Nice, France 2019.

Tarryn has performed around South Africa as well as internationally in countries such as Belgium, Portugal, Seychelles, Botswana, Angola, Namibia, Zambia, Tanzania, Democratic Republic of Congo, Swaziland, Mozambique and Montenegro. Tarryn & Julia are also professional, Traditional Greek Dancers that perform nationwide. Tarryn lives for every performance, the ecstasy of bringing joy to her audiences and seeing the blossoming of each and every one of her students across all her classes from Beginners through to Professionals. 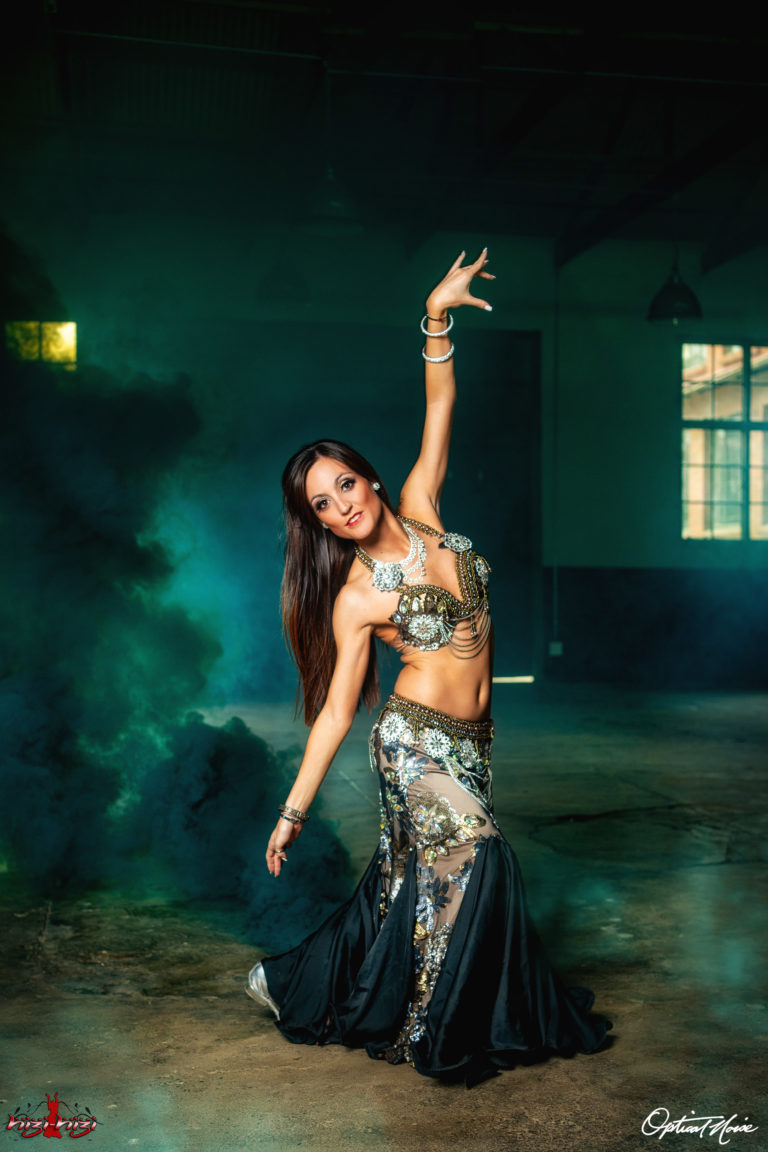 Julia Scafidas started dancing at the age of 3. She did ballet for thirteen years before becoming a competition freestyle dancer. She started belly dancing with Hizi-Hizi Belly Dance at the age of 17 and hasn’t stopped since.

Julia was also part of the Hizi-Hizi Belly Dance Team that represented SA in the International Dance Competition held in Montenegro in 2013 (the team won the competition) as well as the group that took part in SA’s Got Talent and made it to the Semi-Finals in 2015.

Julia auditioned and was selected to be a part of the South African cast that featured in the Belly Dance Evolution International show “Alice in Wonderland” in 2015.

Julia has performed in various countries that include Botswana, Zambia, Tanzania, DRC, Mozambique, Montenegro and Germany. She currently teaches three Hizi-Hizi Belly Dance classes per week from Beginners through to Advanced, and frequently performs at restaurants and events around the country. 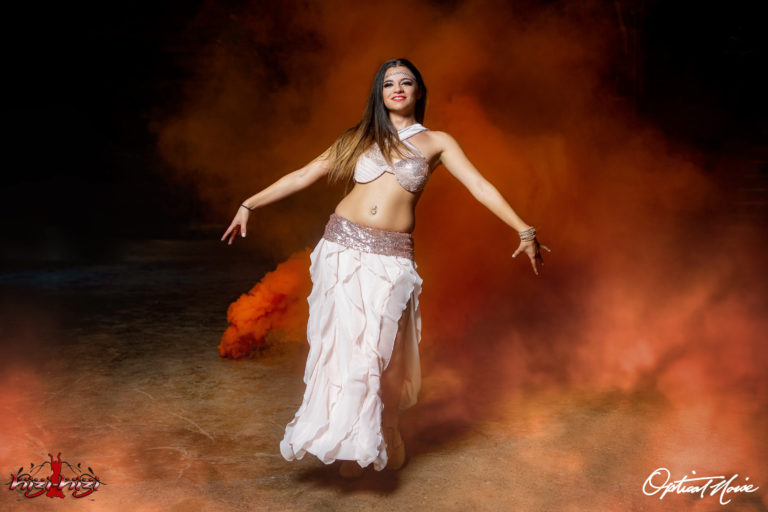 Cassidy started dancing at the age of 3, her styles of dance include, Belly dancing, Tap dancing, Hip-hop. Her mom saw Tarryn dancing and got her started with lessons with Tarryn when she was 3 and has been part of the Hizi-Hizi Belly Dance family her whole life! She 1st stepped on stage as part of Hizi-Hizi Belly Dance’s performance at Lusito Land with Tarryn at the age of only 5 years old! Cassidy has been a professional belly dancer with us since 2015.

Her passion is Belly dancing! Being Lebanese, she was drawn to the tradition and what also makes it extra special, is being a part of an incredible group and being able to perform for others. Cassidy was also part of the Hizi-Hizi Belly Dancers that auditioned for SA’s Got Talent and made it to the TOP 21 Semi-Finals for 2015 to perform live on eTV. For her, it is an amazing feeling to share her love and passion for dance with others! 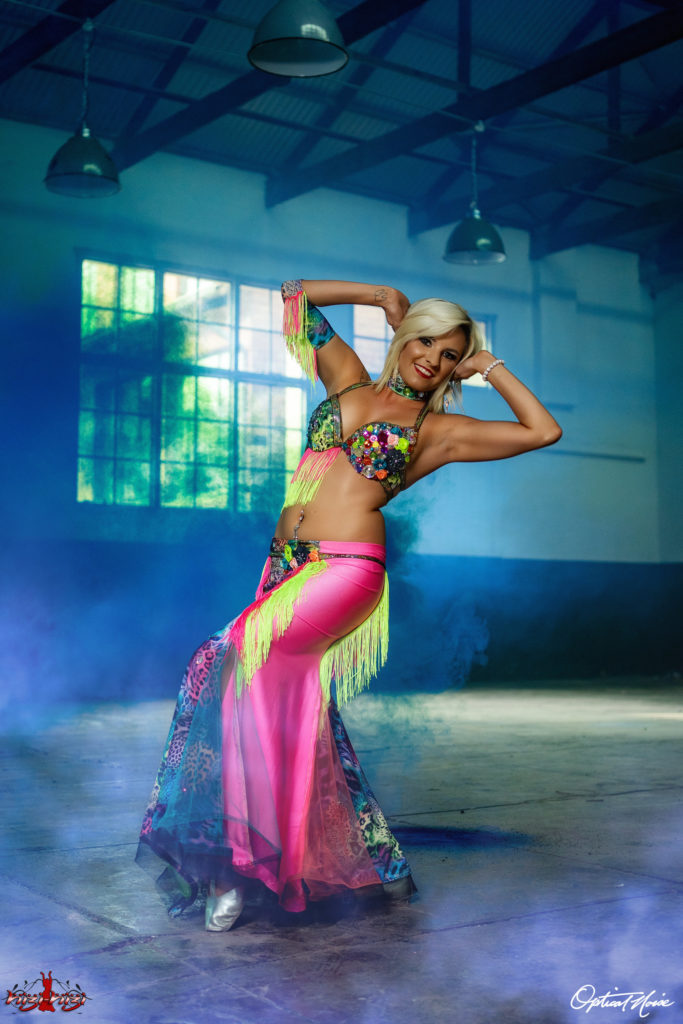 Through the passion she has for belly dancing she has also been privileged to make her own belly dance outfits.

She had the privilege of breaking a world record on the Guinness Book of World Records for the most belly dancers performing to the same choreography for 5 min as well as winning Group Drum Solo category in Miss Belly Dance South Africa. Carina also formed part of Hizi-Hizi Belly Dance performers in the Hair Stylist of the Year competition (2019), with Team Raeesa, who won the title.

Carina is honored to be part of the most amazing Hizi-Hizi Belly Dance family! 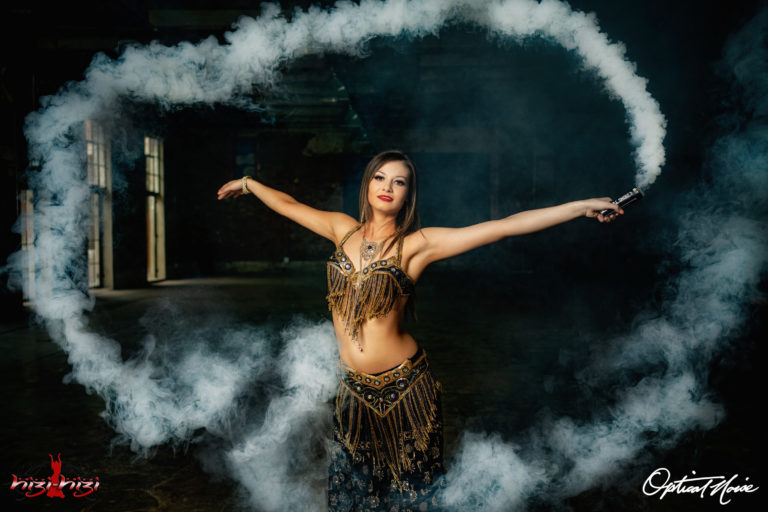 Gaby da Silva has been a dancer for as long as she can remember. Gaby started dancing when she was 4 years old and worked her way through all kinds of dance styles including Ballet, Modern, Contemporary, Aerial and Flamenco Dance. Through this she was able to obtain many awards through competitions and partake in charity events and international shows.

At the age of 15 an injury caused her to make some changes and that’s when she first started belly dancing. This is when her passion for dance was reignited through a new form of dance. She has now been belly dancing for 5 years and recently joined Hizi-Hizi’s professional group, where she was part of Hizi-Hizi Belly Dance performers in the Hair Stylist of the Year competition (2019), with Team Raeesa, who won the title. 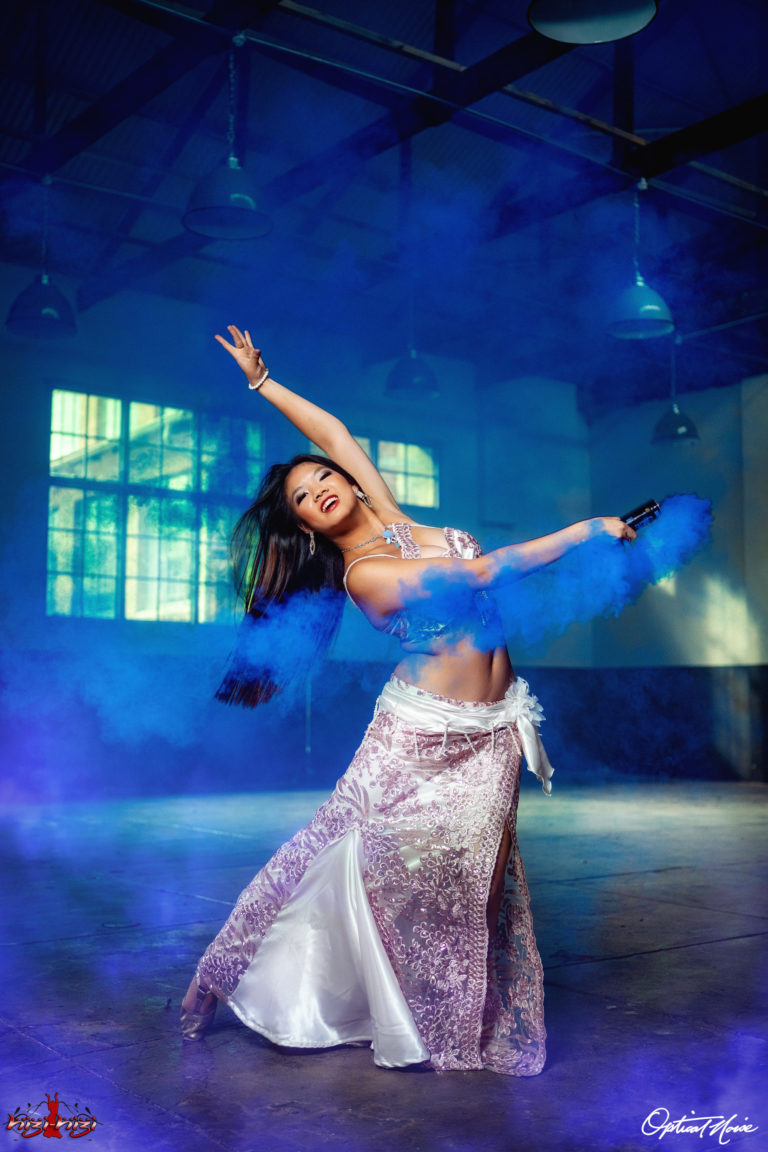 Nicolette Lau began belly dancing at Belinda’s Belly Dance Studio as a child. She later joined the Belly Beautiful Studio where she began performances with the group. Nicolette trained with the Dance Factory in Latin and Ballroom (2016) and started ballet at the age of 16. Nicolette joined Hizi-Hizi Belly Dance studio in 2016 to further her training in belly dance with Tarryn and is joined as a professional performer for the group in 2019.

Nicky’s Dance performance highlights include being the proud recipient of the BellyDance Evolution Youth Scholarship (2018-2019); Training in the Professional class instructed by Tarryn Rego; Performing with Hizi-Hizi Belly Dance in the Hair Stylist of the Year competition (2019), with Team Raeesa, who won the title; Performing for the Chinese New year celebrations in KwaZulu- Natal (2016-2020); Performing for the Goddess Divine Festival (2017); Runner up in the dance category in the 2016 Talent show in Montecasino. 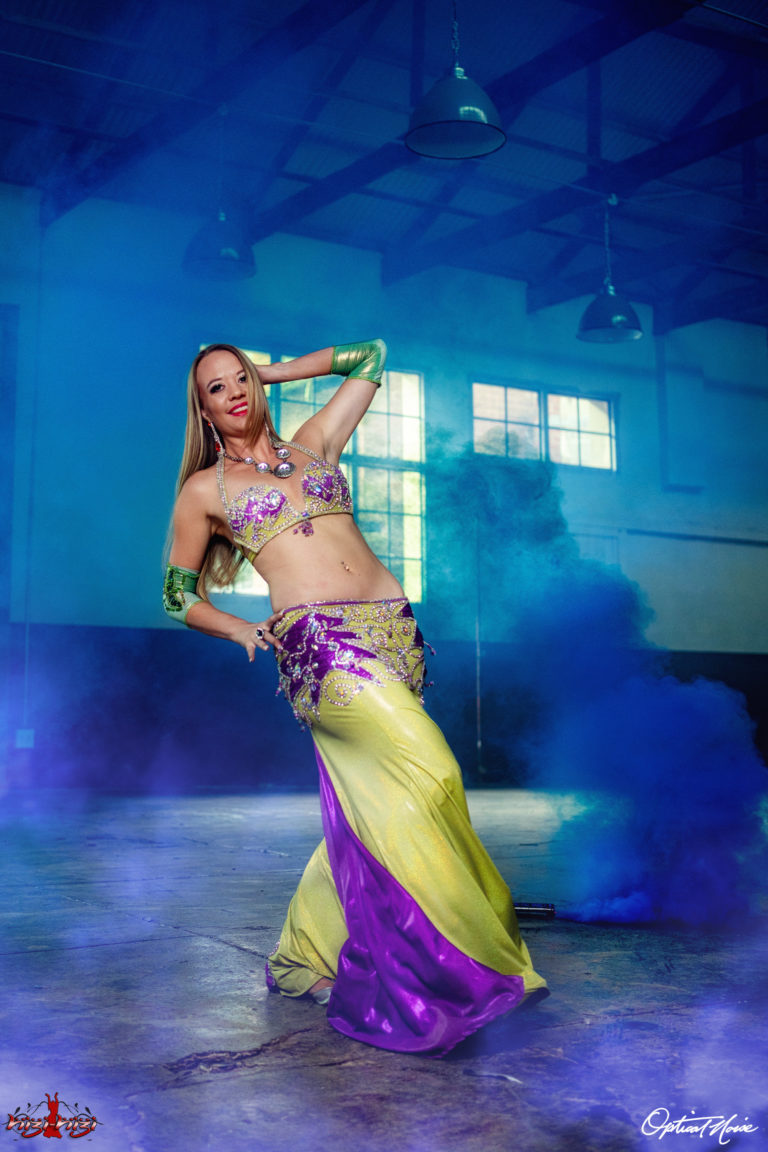 Roxanne Mather has been part of the amazing Hizi-Hizi brand close onto 15 years now, she started as a student learning from our Hizi-Hizi dance leader Tarryn Nicole Rego at Dianna Moore Dance World, grown to love it from Tarryn’s amazing passion, ambition and love for belly dancing. After a few years she became part of the professional group for Hizi-Hizi Belly dance.

She has performed at various restaurants, charity foundations, and had the privilege to compete overseas for a World dance competition which we, as Hizi-Hizi Belly Dance Team SA won the competition for our section and overall as the SA Team. Part of the trip the team performed on Montenegro’s TV news station. She has also been on the Greek radio station in South Africa.

Roxanne has a huge amount of passion for what she does in this Modern World and our dance Leader Tarryn Rego is a role Model to her in the belly dance world. 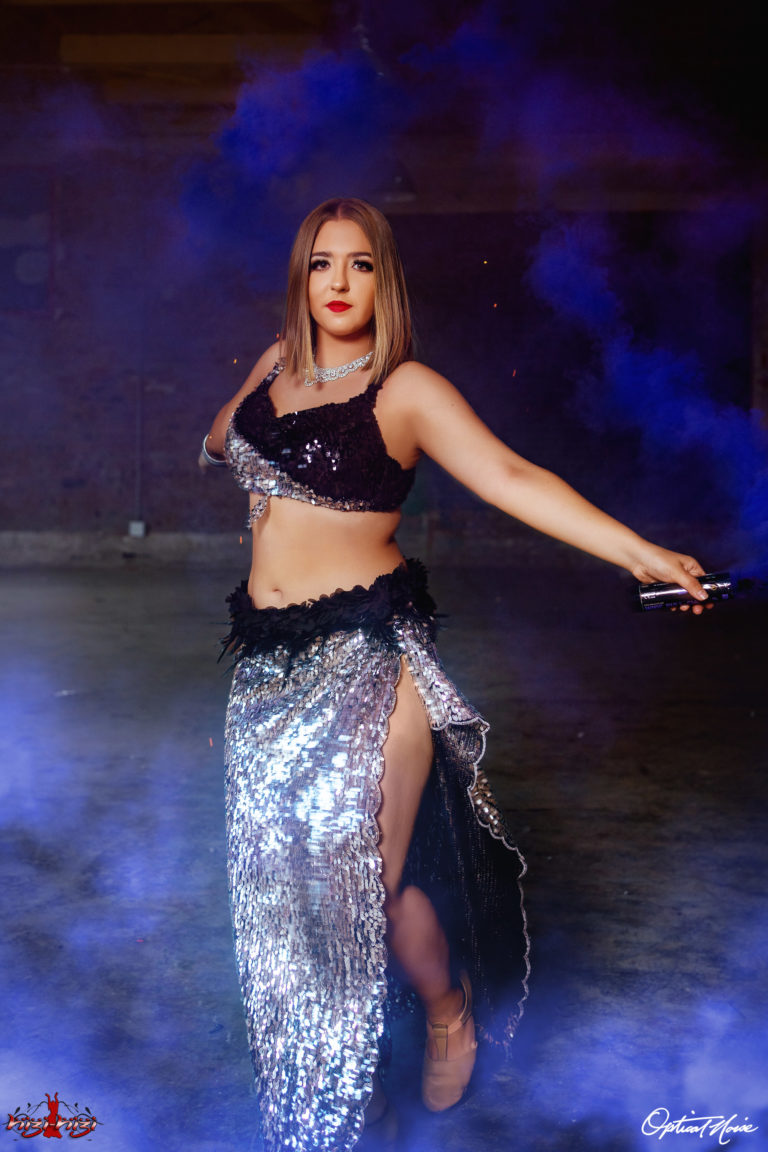 Thalia Campos started dancing at the age of 5 and 14 years later she is still dancing. She is a well-rounded and experienced dancer with a background of many different dance styles such a Flamenco, Belly Dance and more. She has participated in various competitions, charity events as well as local and international showcases throughout her dancing career, winning many different awards.

After 4 years of belly dancing with Hizi-Hizi Belly Dance, she has been given the opportunity to become a professional belly dancer, where she performed part of Hizi-Hizi Belly Dance in the Hair Stylist of the Year competition (2019), with Team Raeesa, who won the title. Her passion, excitement and love for this dance style continues to grow day by day.